Best Things to Do in Dallas September 22-28 | Dallas Watcher

Little beautiful things
Based on the book Tiny Beautiful Things: Advice on Love and Life from Dear Sugar by Cheryl Strayed, the Dallas Theater Center presents the play Little beautiful things. The story comes from Strayed’s time as an anonymous Sugar advice columnist for the online literary magazine The Rumpus. Strayed used personal experiences and the power of anonymity in his honest, raw answers to reader’s questions which (warning) include themes of sexual assault, child abuse, death, and suicide. The play now runs through October 16 at the Wyly Theater (2400 Flora St.) Tickets are $ 20 to $ 75 at dallastheatercenter.org.

Howell Farms presents Pumpkin Nights
Anyone looking for fall fun for the whole family might want to head to Howell Farms Pumpkin Nights for a less spooky night out with live music, food, games and more. With its main attraction, a half-mile walking trail illuminated by over 5,000 hand-carved real and man-made pumpkins creating awe-inspiring seasonal displays, Pumpkin Nights is for the faint of heart and great for some Instagram photos (enthusiasts). thrill seekers will want to stick to haunted houses for their kicks.) Pumpkin Nights is at Howell Farms (4016 W. Division St., Arlington) until October 31. Individual tickets range from free to $ 23 at citrouillenights.com.

Some say pumpkins are bad for the environment, but what’s not? Howell Farms Pumpkin Nights takes place this week.

Polacon
In its sixth year, the free three-day Polacon Festival, hosted by the Instant Film Society, will see photographers and film enthusiasts meet in Dallas and Denton from Friday September 24 through Sunday September 26. Analog and instant photography moviegoers will meet at Deep Ellum and Fair Park in Dallas and downtown Denton, which is expected to include more advanced camera-specific workshops and demonstrations by star photographers, covering Polaroid cameras. and regular Instax, as well as cyanotypes, tintypes and large format instant cameras. The 20+ free demonstrations, workshops, events, roundtables and weekend get-togethers will kick off with the 10th Annual Rain-or-Shine #PolaWalk at the State Fair of Texas (3921 Martin Luther King Jr. Blvd.) behind Big Tex with three appointments: noon, 3:30 p.m. and 6:30 p.m. on Friday and will include an instant film treasure hunt. Saturday and Sunday events run throughout the day and are centered in and around the historic square in downtown Denton. For a full list of events, times and locations, up to date information, and links to RSVP for workshops, visit instantfilmsociety.com.

Tomorrow towers with Lego bricks
Legos are more than little guns left on the ground to make you suffer excruciatingly after stepping on them. Now they are more than just toys. The Tomorrow towers with Lego bricks, exhibited at the Perot Museum of Nature and Science (2201 N. Field St.) is a true testament to the power of these small blocks. For this exhibit, Ryan McNaught, one of 21 Lego Certified Professionals in the world, spent 2,000 hours and used half a million Lego bricks to create Lego versions of 20 recognizable skyscrapers from around the world. Visitors are encouraged to create their own towers using one of the more than 200,000 Legos on site. The exhibit now runs through next April, and tickets are $ 5 to $ 8 with museum entrance fees. More information on perotmuseum.org.

Painting with a view
Bob Ross has taught his viewers to be kind to themselves and lose themselves in the joy of painting, and that’s sort of the subject of Painting With a View at Reunion Tower (300 Reunion Blvd. E.) . Sit back and create a quirky piece of urban art while nibbling on snacks, sipping drinks, or enjoying a full appetizer. The event is hosted by the Klarity and Khaos Painting Studio at 7 p.m. on Friday, September 24, and tickets range from $ 55 to $ 160 at eventbrite.com, which gets you all the supplies you need for an evening of artistic creation on the rotating floor of the tower. . 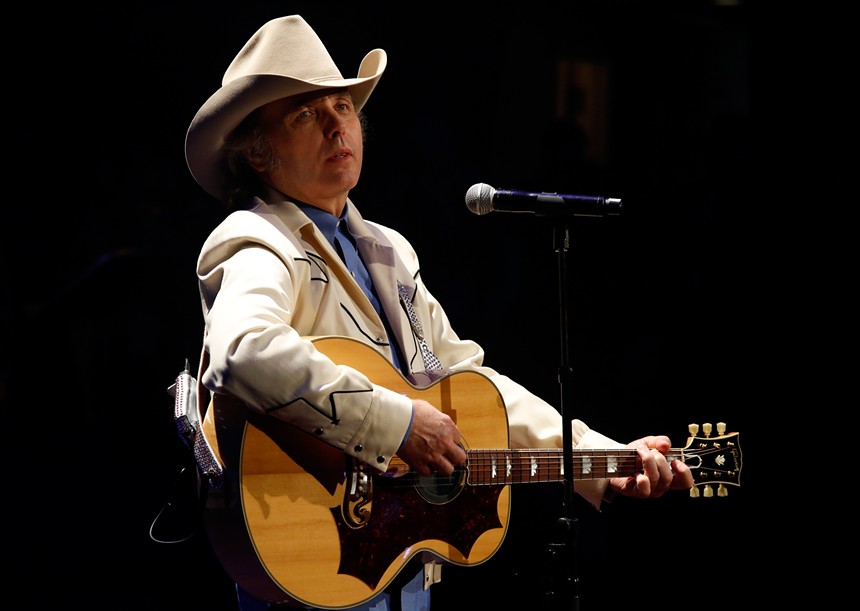 Lewisville Western Days
As a two-day event celebrating all things Western, Lewisville Western Days features family-friendly activities, live music, native dancing, mechanical bull rides, a tamale tasting contest, sniper shows, art exhibits, a children’s play area and more in downtown Lewisville on Friday September 24 and Saturday September 25. Old 97’s is the first musical evening, followed by Dwight Yoakam on Saturday evening. Admission on both days is free before 7 p.m. and $ 15 after (children 12 and under are free all day). For a complete list of events and shows, and to purchase tickets, visit cityoflewisville.com.

Support the independent voice of Dallas and help keep the future of Dallas Observer free.

Alpaca Farm National Open Days
Until now, we didn’t know that Alpacas have their own nationally recognized celebration day, and we strongly encourage you to join in and visit TX-Ture Farm (1833 Dr. Sanders Rd., Cross Roads) while they open their doors to the public for some. fun full of alpaca. Starting at 10 a.m. on Saturday, September 25, hand the alpacas their treats, take a few selfies and participate in alpaca yoga ($ 10 for 45 minutes) among other planned events. See the event’s Facebook page for more details on the farm.

The biggest party of the 90s
Labeling itself as an “experienced company,” Colors Worldwide will host a 90s party at 8:30 pm on Saturday, September 25 at House of Blues (2200 N. Lamar St.). the boastful title of the event is hyperbole or not. Either way, it’s supposed to be chock full of ’90s music, clothes, and’ vibes’, so dress in cliché comic fashion, listen to the Spice Girls, and refresh your memory on the slang of the years. 90. Tickets cost $ 34.99 and up on Universe.com. 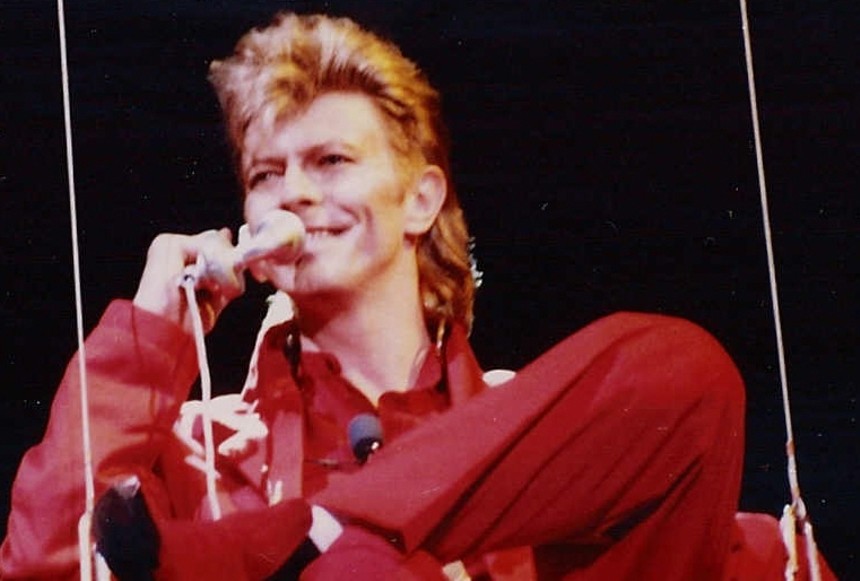 Watch David Bowie’s most underrated performance in Labyrinth this week at the Texas Theater.

Labyrinth 25th anniversary
Dance with the Goblin King this week as the Texas Theater (231 W. Jefferson Blvd.) shows the Jim Henson film Labyrinth on the occasion of his 25th birthday at 5.30 p.m. on Saturday 25 and Sunday 26 September. A cult classic with Jennifer Connelly and David Bowie, Labyrinth may seem comical by today’s cinematic standards, but it’s pure gold in the hearts of fans as a musical that follows a young girl as she makes her way through a maze fantasy of characters from another world in order to find his young half-brother. Tickets are $ 11 on thetexastheater.com.

Dallas Chocolate Tour
Chocolate addicts can rejoice and experience some of Dallas’ best desserts with the Dallas by Chocolate Tour on Saturday, September 25. Learn all about this dessert through a lesson on its history and how it is made while checking your knowledge with some anecdotes. This guided tour includes stops at several top chocolate-making locations serving truffles, pastries, and more. It all starts at 1 p.m. at Dallas by Chocolate (4925 Greenville Ave.). The event returns on certain Saturdays and Sundays until October 31. Tickets cost between $ 48 and $ 53 at dallasbychocolate.com.

Friends! The musical parody
If that hasn’t been your day, week, month, or year, try to see Friends! The musical parody for his unique show at the Majestic Theater (1925 Elm Street) and boost morale. Make fun of the comedy that marked the decade of the 90s Friends, this uncensored parody, reserved for adults only, follows six young people in their twenties as they live their clichéd lives in Manhattan. The show begins at 7 p.m. on Tuesday, September 28. Tickets start at $ 22.50 on ticketmaster.com.

A look at the CFPB complaints database